"I have known April Schiff for nearly 20 years; she is one of the hardest working professionals in Florida politics. Her strategy is solid and her organizational skills and execution are excellent. She knows how to motivate volunteers and get results, winning campaigns and elections. I totally support April Schiff for State Committeewoman for Hillsborough County and ask that you join me by voting for April. April would be an excellent change for Hillsborough County."

"I have known April for over 30 years and have always been impressed by your thoughtfulness and support of our GOP grassroots initiatives.  She is a compassionate conservative who truly cares. April has worked hard for decades to help get good solid Republican candidates elected to office. Her hard work and dedication has helped play a major role in shaping Republican leadership throughout our County and State. I know April Schiff to be a strong and effective leader. As our Hillsborough County Republican Party Committee Woman she will work hard to strengthen our party and our grassroots initiatives for more victories to come."

"April Schiff is terrific and such a hard worker. She has elected so many people in this state. Go April!"

"In light of current political atmosphere, it is imperative that we have leaders who will tirelessly work for our Republican party.  Leaders who will not be afraid to speak for our rights and our beliefs as Republicans. With over 35 years of experience April Schiff is the person we need fighting for all of us. "

"Hillsborough County is a critical battleground for the GOP this year. Trump's re-elect literally depends on improving our numbers in Hillsborough. And we need help folks! I've worked with April Schiff for over 2 decades; She's an expert strategist, a brilliant communicator and she knows how to build and manage a winning team. Republicans need to get back to WINNING! And April Schiff is essential to us getting there."

"I am supporting and voting for April at this critical time to serve in the State Committeewoman post. She is the fiscally Conservative Republican I trust to best represent my views and values in this vital position. "

"You have my support! You go girl!"

"I support April Schiff for State Committee Woman.
We NEED her caliber of leadership!"

I was pleased to hear today of the candidacy of April Schiff for Republican State Committeewoman for Hillsborough County. At a time where leadership will truly make a difference in the party’s perception and the work that needs to be done, April is the right choice. I fully support April as the next Republican State Committeewoman for Hillsborough County. April will take her strong leadership skills and political acumen to the job. She has the knowledge, skills and ability to help lead the Republican Party of Hillsborough to stronger growth, better fundraising, more voter registration, quality candidate recruitment and WINNING ELECTIONS!

I ask you to vote for April Schiff on August 18th!

"You have my full support and I will let my friends and family know to vote for you as well."

"We need you! You have my support and my vote!"

"You have my support."

"Good for you April! You have my vote."

“April Schiff is a faithful Republican who I have known for over two decades. April has worked tirelessly to promote unity and assist our local Republican clubs to achieve a common goal of the Republican principles: freedom, liberty, personal responsibility, and accountability. She advocates common-sense solutions that will bring our local party more Republican voter registration, recruit the best and brightest candidates, bring back the precinct captain groups, organize our traditional grassroots campaign army to assist all candidates and create a path to make Hillsborough County Red Republican again.

I have the utmost confidence in April’s ability to bring unity to our Hillsborough County Republican Party members. April’s experience and skill set will transform HCREC to the most effective local party in the State and serve as a model for the Republican Party of Florida for years to come. Please join me to support April for State Committeewoman.”

"In light of current political atmosphere, it is imperative that we have leaders who will tirelessly work for our Republican party.
Leaders who will not be afraid to speak for our rights and our beliefs as Republicans.
With over 35 years of experience April Schiff is the person we need fighting for all of us. "

"Can’t think of anyone better for this position!"

"You go girl. Show them what you got."

"April Schiff, best of luck to you. Wish I still lived in Florida and could vote for you!"

"Count on my vote. Bring the party back together."

"April Schiff has my vote!"

The Party needs saving and YOU are the woman to do it!

"A more committed and productive woman for the Republican effort cannot be found. April Schiff has the institutional knowledge, integrity, tenacity and determination so needed. A rare combination and well respected among her peers."

"Good for you April! You have my vote."

"She’s the best there is!! Those years of experience with wisdom matters. Integrity matters. Hard work matters. We need all factors to keep Florida RED! Go April!"

"How fortunate Hillsborough County will be to have April represent them as SCW and thus in discussions at the state level. Folks the Republican Party needs to be visible to all. She will be a great ambassador for you, Hillsborough County, and the State of Florida. #VoteApril"

"Your commitment to get and keep women involved in the support of there community, state and country by their involvement in the Republican party that will benefit their family for years to come is a extraordinary dedication in this day and time know you will do great."

"I strongly endorse April for this position.
I believe her to be fully qualified and a very good candidate"

"You are the best person for the position and we know you will do an outstanding job!
You have our votes."

"I applaud your energy and willingness to be involved and will be happy to support you in your bid for State Committeewoman.  Please let me know if I can be of any further help."

"You will do a wonderful job as a SCW for our Republicans here in Florida. I know your dedication and integrity will be a great asset to all of us. I will be telling all my Republican friends to vote for you in August!!"

Congratulations April, so glad you're running. We need new blood!

I would like to take this opportunity to endorse April Schiff for Hillsborough State Committeewoman. Her many years of working for the Republican party and numerous campaigns makes her more qualified than any other candidate I know. She has managed campaigns, developed and mentored potential candidates at all levels of government. She is as orchestrated extraordinarily successful fundraisers, as well as large audience candidate events. Which are skills we need now more than ever in the Hillsborough Republican party. She can bring numerous Republican clubs together as she has worked with most of them for years.

I know of few people who work as hard for the Republican party, in supporting both candidates and important legislative issues. I strongly urge you to learn more about this wonderful conservative woman and support April Schiff as the next Hillsborough State Committeewoman. 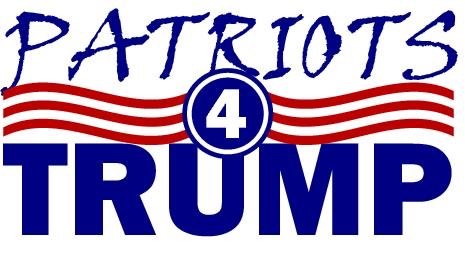 "The Executive Board & the Membership of our organization, Patriots 4 Trump, Inc., feel it is our privilege to endorse April Schiff’s candidacy for Republican State Committeewoman Hillsborough County.

April will bring her experience paired with stable & reliable leadership skills to put the HCREC back on the road to success. This position requires a person with proven organizational skills to assist and build grassroots operations. These skills will allow the Party to recruit & support the best Candidates to run for State and local offices.

Honesty and integrity is April’s hallmarks and she will bring all of that talent and experience to the office of State Committeewoman.

A vote for April Schiff on August 18th will be a vote for success!!!”